Type 1 diabetes was once known as juvenile diabetes; fittingly, it is often diagnosed during childhood. Unlike type 2 diabetes, which is largely preventable, type 1 usually strikes without warning, and many children develop the condition despite neither parent having it.

Even though type 1 diabetes isn't preventable, you need to be able to know if your child might have developed it. Here are three common and recognisable warning signs to watch out for.

Type 1 diabetes occurs when the pancreas is unable to supply the body with a healthy amount of insulin or often none at all. Insulin is the hormone necessary to allow glucose (sugar) to enter your body's cells and supply energy.

If your child's body isn't producing enough insulin, it will not be able to use the calories that it takes in as glucose to power its cells. With that main power source gone, the body will be forced to start breaking down body fat instead, just as if it was receiving too few calories in the first place. This means that your child may start to lose weight no matter how much you feed them, so unexplained weight loss is often the earliest warning sign that parents pick up on.

When the glucose that would normally enter cells isn't able to do so, it doesn't just disappear. Instead, it remains in the bloodstream, eventually bringing the amount of sugar in the bloodstream too high. This is a condition known as hyperglycemia.

When the body is hyperglycemic, it will suddenly need to evacuate as much glucose as possible. It can be filtered out through the kidneys, but it takes water along with it. If you notice that your child is increasingly thirsty and needs to urinate frequently, they could be experiencing hyperglycemia as a result of diabetes.

Most people are familiar with the 'sugar rush' experienced after taking in a lot of the sweet stuff. People with diabetes can essentially feel the opposite. No matter how much glucose they consume through food and drink, the cells still remain deprived of sugar, which can leave them tired and worn out. You should pay attention to whether your child appears suddenly uninterested in games they enjoyed before or if they unexpectedly seem to 'crash' and lose energy.

Other symptoms of type 1 diabetes include poor vision, yeast infections and bed-wetting, but the three listed above tend to be the most common and the easiest to recognise. The decrease in insulin production can take years, but these symptoms can hit suddenly, and serious complications can occur if the body completely runs out of insulin. If you have reason to believe that your child might have type 1 diabetes, seek medical services as soon as possible. 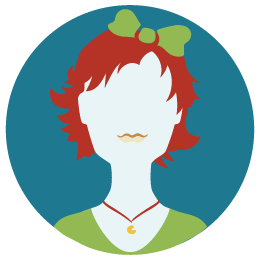 I have been a diabetic since I was a child - I was diagnosed at three years old. It's been part of my life for as long as I can remember. I will admit, though, that with the new technology available it's getting a lot easier to monitor my blood sugar and keep control of my diabetes. I am really excited by the research and new technology that is available for diabetes, and I hope it will be even easier for my kids in the future. This blog is all about developments in diabetes monitoring and medication dosing equipment. It should be interesting for diabetics and their families.